Katesgrove Mini Police undertook two Community Operations in the last week of term. Once again the eighteen Year Six Mini Police helped clear the streets of rubbish around the Katesgrove area. Filling over six bags of rubbish the children enthusiastically spent an hour making the area around the school nice and tidy in preparation for Christmas. 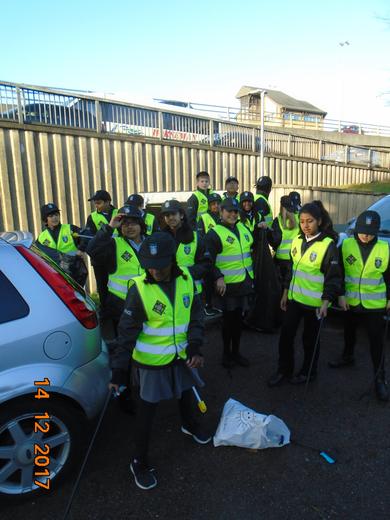 On Saturday 16th December 2017 nine mini police visited The Oracle Shopping Centre and were invited to look around the main control room, speak to security staff and then undertake crime prevention duties. 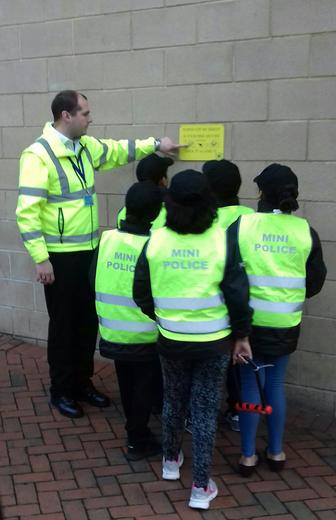 On Sunday 12th November 2017 four Katesgrove Mini Police Officers formed a serial with Mini Police from New Town and Park Lane Schools and took part in Readings Remembrance Day Parade. The children, from year 6, marched smartly through the town centre before observing two minutes silence in the Forbury. Mr Burrowes said “It was a real honour to be selected to represent Katesgrove School at this important Civic event – the children were excellent role models and made me very proud watching them march through the town centre". 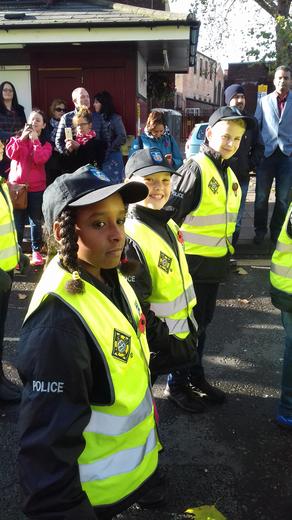 The Crown Court open day was open to members of the public who were invited to watch a ‘mock trial’, look around the cell area and talk to those involved in the Court and Prosecution process.

Katesgrove Mini Police Officers played an active role in the day and were available to meet and greet members of the public upon arrival, offer advice and give directions.Thames Valley Police Officer Tom Walters was again on hand to ensure that the children had a fantastic day. 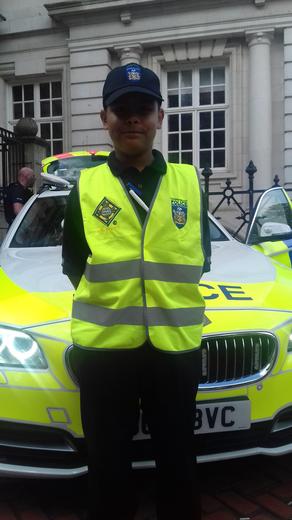 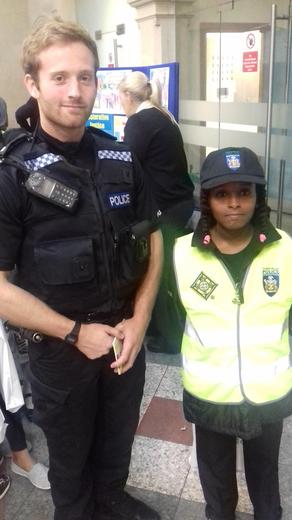 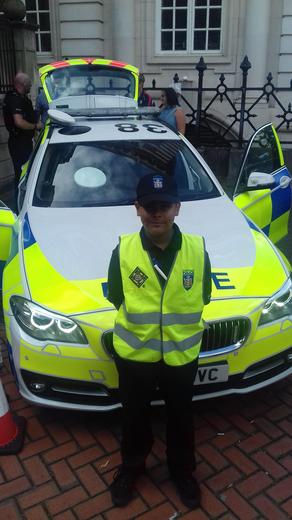 On the afternoon of the 15th June 2017, the Mini Police from Katesgrove were out in their local area to support Reading Borough Council's Adopt Your Street scheme. They learnt about the importance of keeping the streets tidy and safe, and the laws about littering and fly tipping. Then with amazing energy they deployed onto the streets to check their local area and remove any litter. They were accompanied by local police officers and Ricky Josey from Reading Borough Council.

The school will be continuing to support the scheme in order to tackle a big issue in their community. Brilliant energy and determination from the Mini Police and officers!

The children also taught PC Laura Wilson how to dab. Not sure she quite got the hang of it...Photos can be seen in the gallery: http://www.katesgroveprimaryschool.co.uk/katesgrove-mini-police-2017/

On Wednesday 12th July the Year 5 Mini Police completed their final duties of this academic year. This involved conducting a Road Safety Project with Thames Valley Police with a focus on driving standards very close to our school.